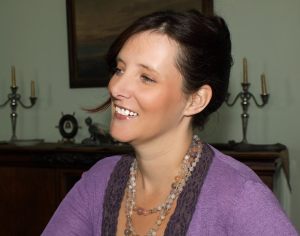 Travel blogger, writer and Rough Guide author Rebecca Hall (Bex) started her blog back in 2010 after living in Greece for two years where she taught English.

Having fallen in love with the culture, language, sights and smells of the Hellenic world, Bex wanted to share her experiences and writes about the cultural differences she has observed, the beautiful places she has visited and the people who have let her into their homes and hearts.

Bex has travelled extensively all around Greece and now resides in Athens. Her blog also follows her globe-trotting travels to other destinations from trips across Canada by rail, to the polar bear capital of the world, across the U.S.A in a Green Tortoise bus and even from Europe to Hong Kong on a container ship.

She was the winner of the Best Expat Blog Award for Greece 2012 & 2013 and co-authored the 2015 edition of the Rough Guide to Greece. Bex released her first novel Girl Gone Greek in 2015 and is featured in our Fiction section.

You can follow Bex on various social networking sites including:

Get my posts straight to your inbox!

BUY MY BOOKS ON AMAZON