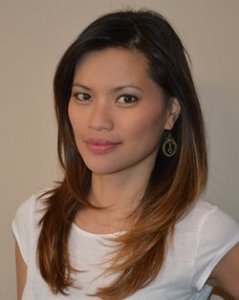 Gorgeous author, writer and journalist Marissa Tejada has worked across the United States as a television reporter/anchor and worked in newsrooms in both the US and London.

A native New Yorker, Marissa is now based in Athens, and her experience living the expat life inspired her to write her debut novel Chasing Athens, which was released in April 2014 to critical acclaim.

The book takes readers through a modern day journey in Greece as told through the eyes of an expat woman who is forced to define her new found independence. She learns to overcome personal obstacles, move on and love again while living in a foreign country and immersed in a foreign culture.

The novel reached the top 10 Amazon best sellers rank in several categories and has proved hugely popular with members of The Greek Wives Club.

Besides working on her next book, Marissa freelances for numerous publications specializing in food and wine, technology and travel writing and runs a travel photography blog Greece, My Travels.

You can follow Marissa on various social networking sites including: 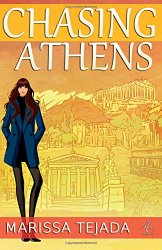 Suddenly dumped, a heartbroken American ex-pat stays on in Greece, confronting culture shock, crisis, and the charm of Mediterranean men as she redefines the true meaning of home. When Ava Martin’s new husband unexpectedly ditches her months after they’ve relocated across the world to Greece, the heartbroken American ex-pat isn’t sure where home is anymore. On the verge of flying back to the States with her tail between her legs, she makes an abrupt decision to follow her gut instead and stay on in Greece. She soon discovers that the tumultuous, culture-rich Mediterranean country is coloring her life in a way no place else can, changing her forever. But is it where she belongs? Ava’s newfound independence throws her into the thick of Athenian reality, where she has brushes with violent police riots and gets a taste of both the alluring islands and the city nightlife. Despite pressure from her mother, uncertainty over her impending divorce, and unresolved issues with her long-estranged father weighing on her, she’s determined to make it on her own. With the help of two very colorful Greek friends, she laughs and learns while facing culture shock, language barriers and the charm of Mediterranean men, until a life-threatening medical emergency back home in sleepy Ithaca, N.Y., forces her to decide where she truly belongs – and what truly matters.

Get my posts straight to your inbox!

BUY MY BOOKS ON AMAZON

Please connect your site to YouTube via this page.